BATTLE'S STORY
The Battle of Midway

One of Japan’s goals in WWII was to replace the United States as the dominant power in the Pacific by gaining significant holdings in the region. After the damage done by the surprise attack on Pearl Harbor, the Japanese planned a similar surprise attack to continue to weaken American defenses. Their next target was the U.S. military base on the island of Midway. For the Japanese, another stunning defeat would hopefully demoralize U.S. forces and destroy most of their remaining Pacific naval fleet, most importantly American aircraft carriers that were not at Pearl Harbor. What the Japanese did not know was that this attack would not be a surprise to the Americans. Navy Cryptanalysts, also known as code breakers, had broken the Japanese code and were able to narrow down when and where the Japanese attack would occur.

The Battle of Midway was a crucial turning point in the Pacific Theater for American forces. By winning this battle, the U.S. managed to protect their influence in the Pacific sphere and keep Japan from moving forward with plans to attack Fiji, Samoa, and Hawai’i. Unable to recoup their losses in both military craft and personnel at the rate necessary to keep up with the United States, Japan never fully recovered from their losses at Midway. After Midway, the U.S. would consistently move to an offensive position in most battles going forward, while the Japanese Imperial Army would be stuck in a defensive position. 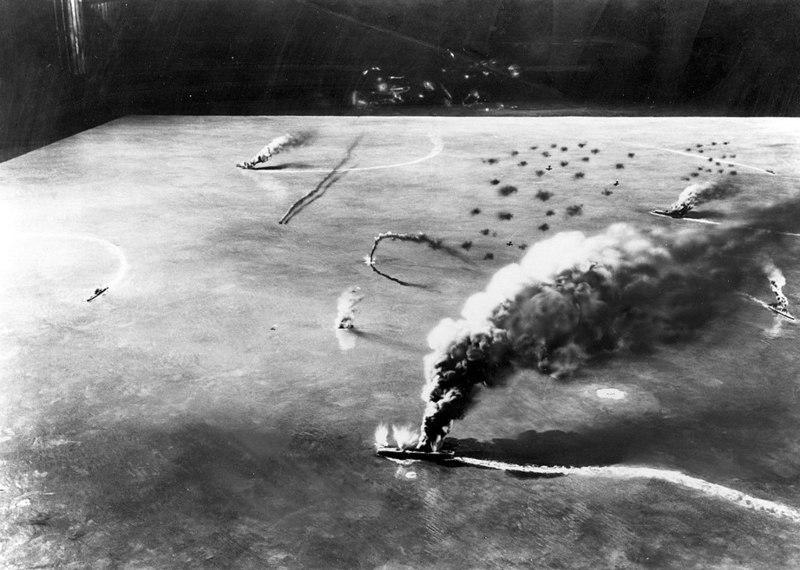