The Battle of Kasserine Pass took place from February 19-24, 1943 and was fought between American and German troops in the Atlas Mountains of Tunisia. Kasserine Pass was the first major battle to take place between the Allies and the Axis forces in Africa.  After the success of the invasion of North Africa also known as “Operation Torch”, Allied troops sought to continue moving eastward towards the Mediterranean. German forces were also sent to North Africa after the Allied invasion, intent on stopping the Allies in their tracks. American troops, however, were too inexperienced and unprepared to take on the well-organized Axis forces. This would lead to the Allies losing the battle and learning important lessons that would bring them success in later confrontations.

In February  1942, German field marshal  Erwin Rommel and his Afrika Korps were sent to North Africa to try and stop the Allies from taking any more territory in the region. He had been mostly unsuccessful in stopping previous Allied advances, and his troops were often forced to retreat and cede more territory. After the Battle of El Alamein, where Rommel was pushed out of Egypt and into Tunisia by British forces, he decided to make a risky move. Rommel saw a weak point in the Allies’ defenses at Kasserine Pass, a 2-mile-wide pass in the Atlas Mountains of West Central Tunisia. Along with the weakened defenses, taking  Kasserine Pass would yield many benefits for the Germans. Capturing the Allies’ supplies, providing protection to eastern coastal regions being held by the Germans, and a possible staging area for the Luftwaffe (German air force) would all be potential positive outcomes. The pass was defended solely by American troops who had not engaged with German forces before, and they were unprepared for what was soon to come.

On the morning of February 19, the Germans began their assault on Kasserine Pass and inflicted serious damage on American forces. The Americans soon retreated westward to try and hold off more casualties. In the following days, technical issues amongst the American troops and their fellow Allies became clear. For example, the Americans were not positioned well due to poor scouting, making them vulnerable to enemy attacks. Additionally, miscommunication between separate units made things confusing and uncoordinated for the Americans. This disorganization did not go unnoticed, creating an issue with morale as troops did not see their commanders as entirely competent. Finally, many of the American troops were simply inexperienced, as many of them had not engaged in any prior combat. Despite these challenges, American troops joined by British reinforcements were able to pull things together on February 22, launching powerful artillery attacks on the German troops. As the artillery attacks grew more successful and as more reinforcements came to aid the American troops, Rommel decided to pull his men back to where they began outside of Kasserine Pass. From a tactical standpoint, however, the battle was a victory for Axis forces, based on the heavy damage they inflicted on Allies. Troop and equipment losses on the side of the Allies was simply much worse. Hundreds of important military vehicles, guns, and troops were lost or destroyed in the fighting, whereas the Germans retained most of the important equipment and lost less men.

The loss at Kasserine Pass, while yielding an immediate negative outcome, provided  crucial lessons for American troops. Realizing the impacts of their unpreparedness, the American forces going forward worked to emphasize proper positioning and cover. They also improved communication between separate units so they could come to each other’s aid if necessary. Finally, General Dwight Eisenhower decided to change the command structure of forces in North Africa, with leaders who were more inspiring and more capable of morale boosting than previous leaders. These changes aided in bringing about an overall Allied  victory in North Africa in May 1943.

The National WII Museum: The Battle of Kasserine Pass 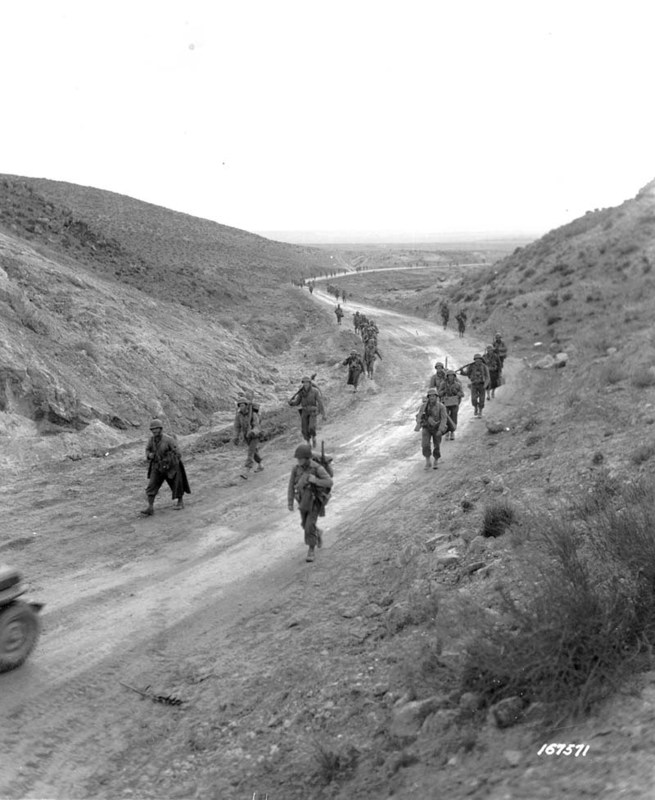