BATTLE'S STORY
The Battle of Anzio

The Battle of Anzio was fought between January 22 and June 5, 1944 as a part of the Allied campaign to take Italy. The town of Anzio is located on the West Coast of Italy, south of Rome. The Allied objective in the battle was to outmaneuver German troops who were positioned along the “Winter Line”, which was a series of fortifications across Italy which protected several western sections, including Rome. By circumventing the Winter Line, Allied forces hoped to draw German troops away from their defensive lines and eventually launch an attack on Rome. For months the battle would be stuck in a stalemate, until the Allies were finally able to garner momentum to lead them to victory.

Towards the end of 1943, the entire Italian campaign was at a standstill. The strong German defensive lines made it difficult for the Allies to gain any ground in the region, and it became clear that a different approach would need to be taken. Military commanders concluded that the best course of action would be to initiate amphibious landings on the West Coast of Italy and to weaken the German defenses at Cassino, another southern Italian city. Thus, on January 22, Allied troops landed at Anzio and another city nearby called Nettuno. Despite a lack of key resources and poor planning, the landings managed to come as an absolute surprise and were virtually uncontested by German forces. Yet, the Allied commander of the landing forces did not take advantage of the surprise and move further inland to secure a better position. Instead, he ordered his troops to stay at the beachhead, a decision he would later be heavily criticized for. German troops, once aware of the beach landings, soon closed in on the Allied forces and used the advantage of high ground to fire down at them. The Allies reinforced their positions, as did the Germans, creating a stalemate as the adversaries dug in further and further. In an effort to get things moving, the Allies switched out commanders, but this did little to impact the situation. It was only the sustained pressure on German forces at both Anzio and  throughout the rest of Italy that would eventually cause their lines to weaken. Finally, on May 25, Allied forces fought their way out of the beachhead and up to meet additional troops coming from the south. From there, they finally marched towards Rome.

The Battle of Anzio demonstrated how difficult the German lines in Italy were to break. The sustained stalemate was reminiscent of trench combat in WWI, which promoted endless fighting with neither side gaining any ground.. However, Allied troops proved that it was possible to break these formidable lines with enough dedication and pressure. Heavy losses were incurred on both sides, as the Allies suffered 40,000 casualties and the Germans suffered 43,000 (casualties include both deaths and injuries). The victory at Anzio was crucial to the Italian campaign by opening a path to Rome, which would be taken by Allied forces unopposed on June 5, 1944.

Encyclopedia Britannica: The Battle of Anzio

History: The Battle of Anzio 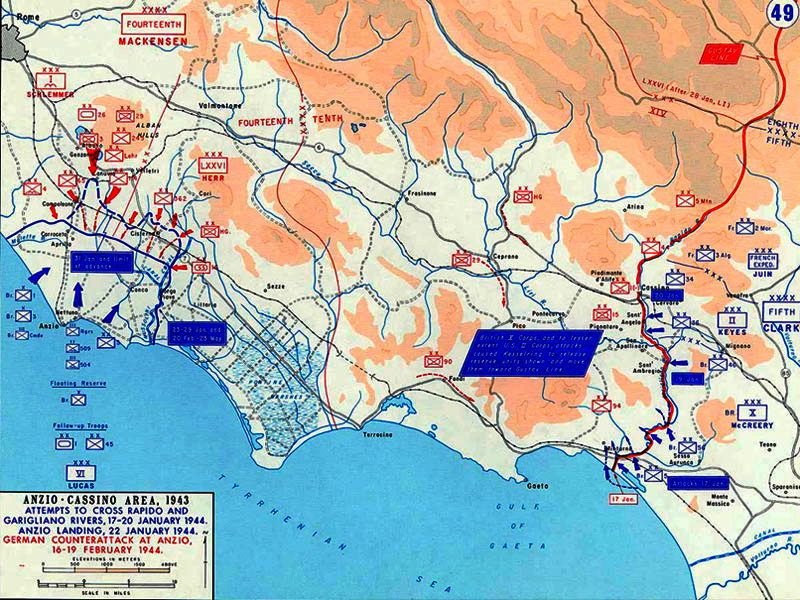 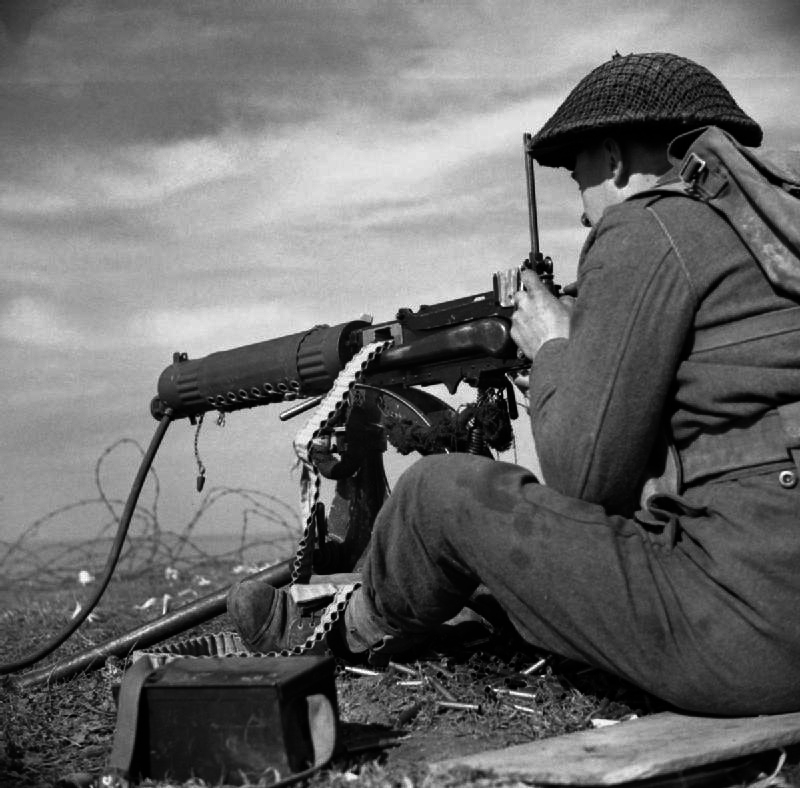