On December 7, 1941, the U.S. naval base at Pearl Harbor in Honolulu, Hawaii was devastated by a surprise attack perpetrated by Japanese fighter planes. The attack destroyed the Pacific fleet of American battleships and took the lives of around 2,400 Americans, both servicemen and civilians. As a result, the American public would rally around the war effort as President Franklin Roosevelt declared war on Japan the next day, finally bringing the United States into the fray of WWII.

The United States and Japan had been escalating towards a conflict with each other since the 1920’s, twenty years before Pearl Harbor. As Japan became increasingly aggressive toward China and eventually declared war on them in 1937, the United States responded with various sanctions and embargoes to punish them. Instead of these sanctions working to successfully lessen Japanese aggression, they merely  solidified Japan’s position. Tokyo and Washington D.C. negotiated for months to try and find a solution to the rising tensions, but nothing came of it. Therefore, American military and government officials did suspect that an attack from Japan was not far off, but they did not believe it would occur in Hawaii. The Hawaiian Islands are 4,000 miles away from Japan, much farther than holdings in the South Pacific where it was suspected an attack would take place. Because of this mindset, Pearl Harbor was not prepared to defend an attack, and the Pacific naval fleet and a significant number of American aircraft were extremely vulnerable.

The goal of the Japanese attackers was to destroy the Pacific fleet, rendering the United States unable to fight the Japanese in the South Pacific. At 8:00 AM the Japanese began bombing Pearl Harbor, and within ten minutes the battleship USS Arizona exploded and sunk, taking 1,000 men with it. The USS Oklahoma was the next to sink, and the remaining battleships stationed at Pearl Harbor all suffered serious damage. Japanese bombers also took out almost 300 American airplanes, as well as several docks and airfields. Although the damage was significant, there was a critical missing factor: the American aircraft carriers were off base. This meant that despite the loss of battleships, the United States would still be able to fight Japan in the Pacific, as its most vital ships were safe. The Japanese also failed to hit crucial facilities at Pearl Harbor such as the shipyards, repair shops, oil storages, and submarine docks. This allowed for all but two of the battleships damaged to be salvaged and repaired quickly. Overall, Japan failed at its goal of taking out the Pacific fleet to the degree they had planned.

The next day President Roosevelt addressed a joint session of Congress and proclaimed that December 7, 1941 “would be a date which will live in infamy”. He went on to say that the American people would fight for absolute victory in order to never experience such an event ever again. The United States thus declared war on Japan, leading Germany and Italy to declare war on the U.S. subsequently after, to which the U.S. responded by declaring war on them as well. After several years of only indirect involvement the U.S. had officially joined the fighting of WWII. 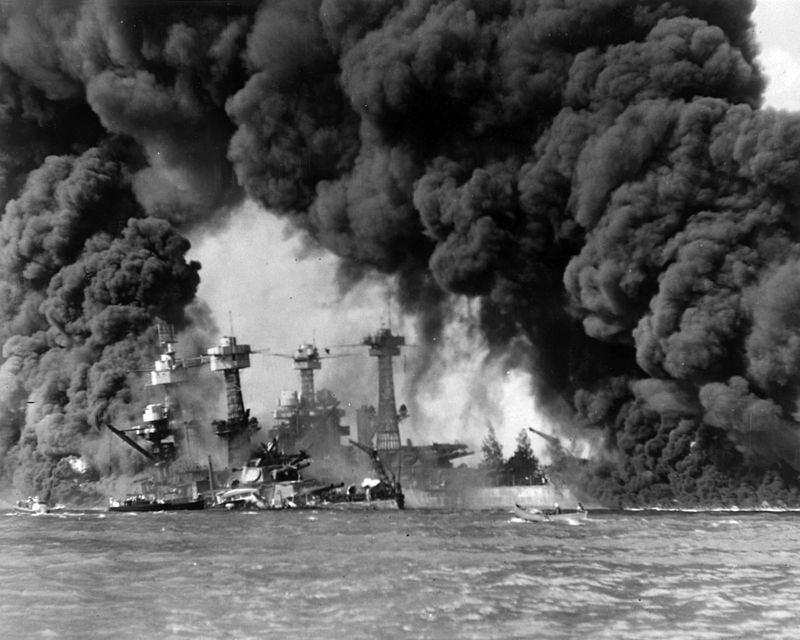