From May 4 to May 8, 1942, the Battle of the Coral Sea took place between the Americans and Australians against Japanese forces in the Pacific Theater. This was the first naval battle in history fought solely by aircrafts, and neither American nor Japanese ships interacted with each other. Japan was aiming to gain control over the Coral Sea to continue their Pacific conquest by invading a port in southeast New Guinea. Allied forces, however, were able to get a hold of Japan’s plan, and they managed to intercept their forces at sea.

By May 4, Japanese forces had successfully occupied the small island of Tulagi, despite losing several warships as a result of attacks launched from the U.S. carrier Yorktown. Previously unaware of the U.S. presence in the area, the Japanese now sought to locate and eliminate U.S. forces in the Coral Sea. From May 7 to the 8 Allied forces and the Japanese launched airstrikes back and forth, causing heavy losses on both sides. The Allies lost one fleet carrier, one destroyer, one oiler, 69 aircraft, and 656 men. The Japanese lost one fleet carrier, one destroyer, several smaller ships, 92 aircraft, and 966 men. Due to the heavy losses incurred in both sides, the battle came to an end as the Allies and Japan disengaged. 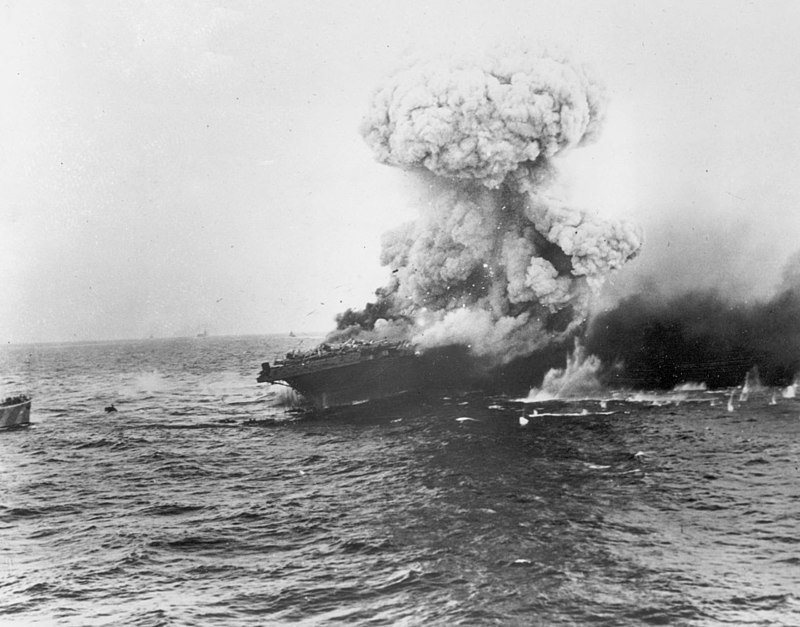